Home About Us Our World Our History Contact Shop 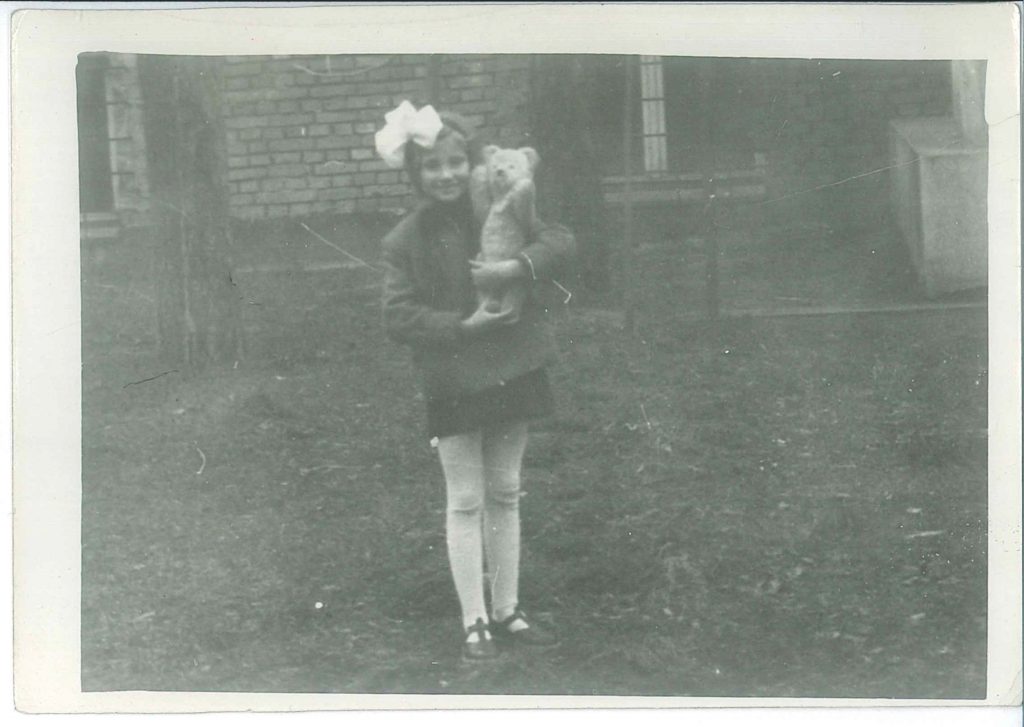 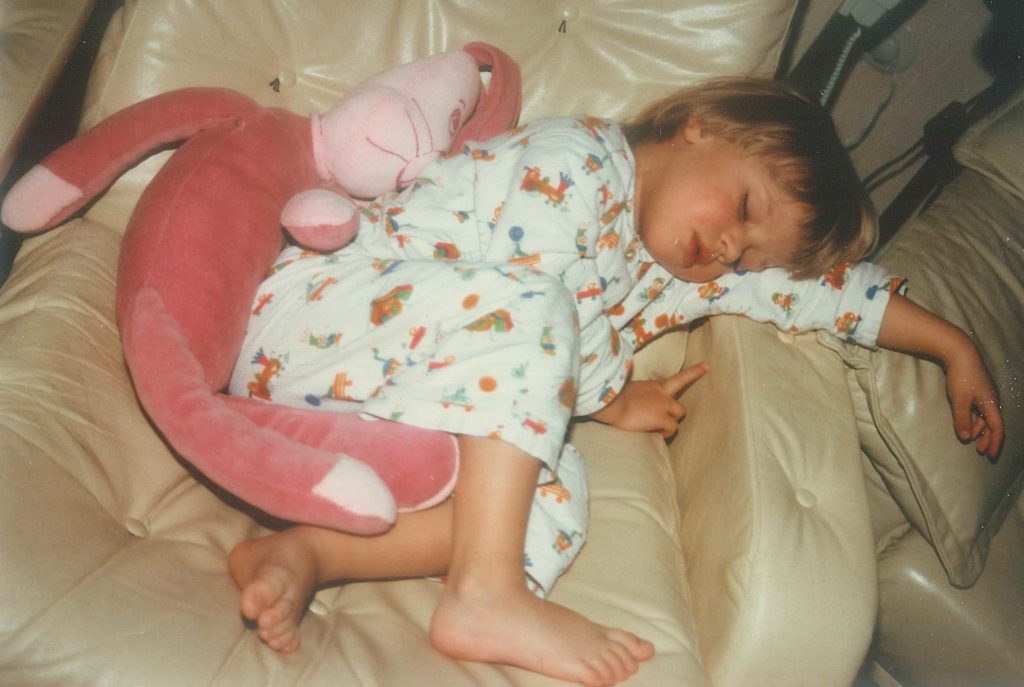 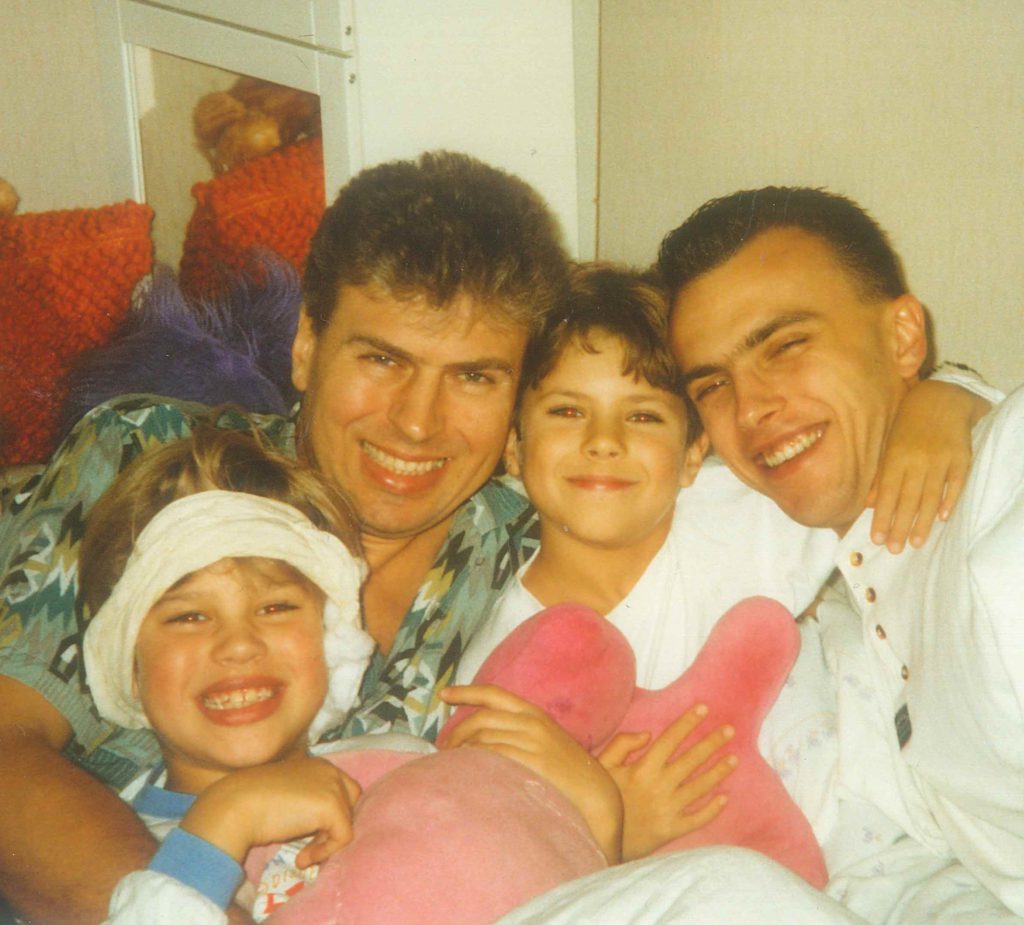 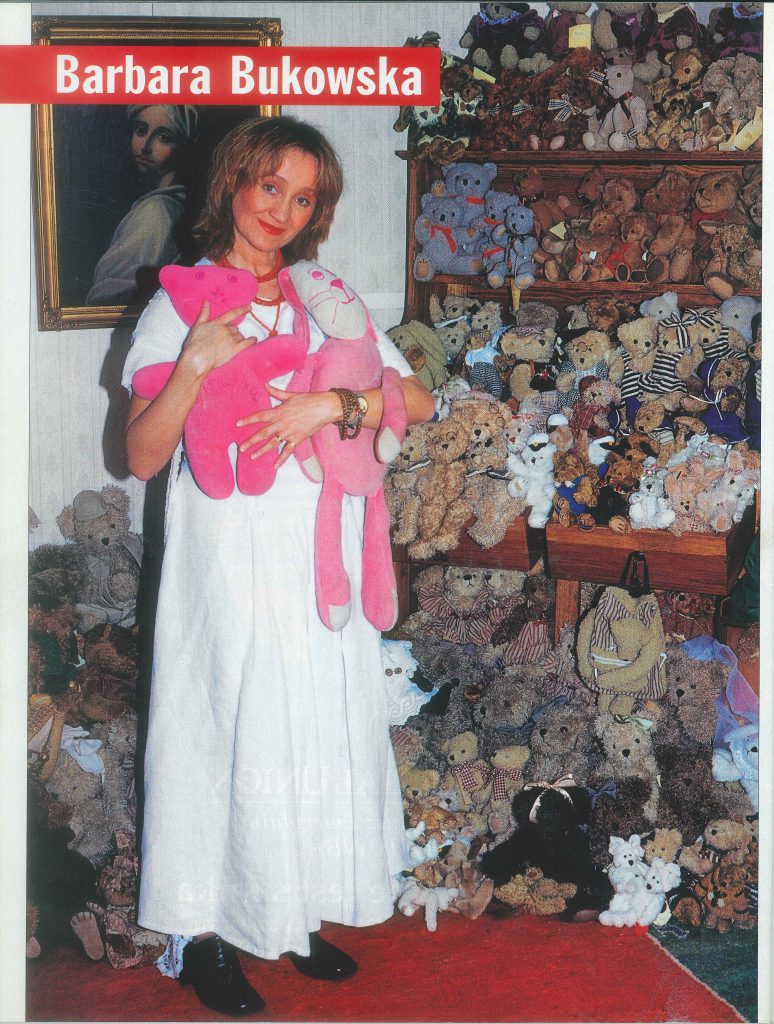 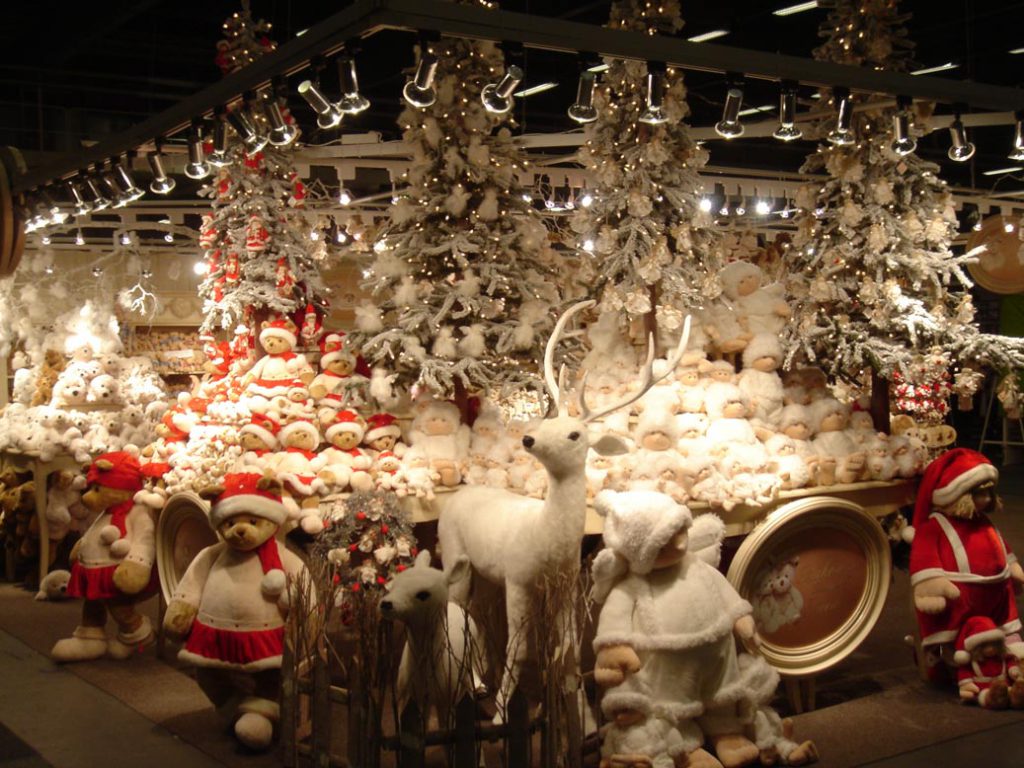 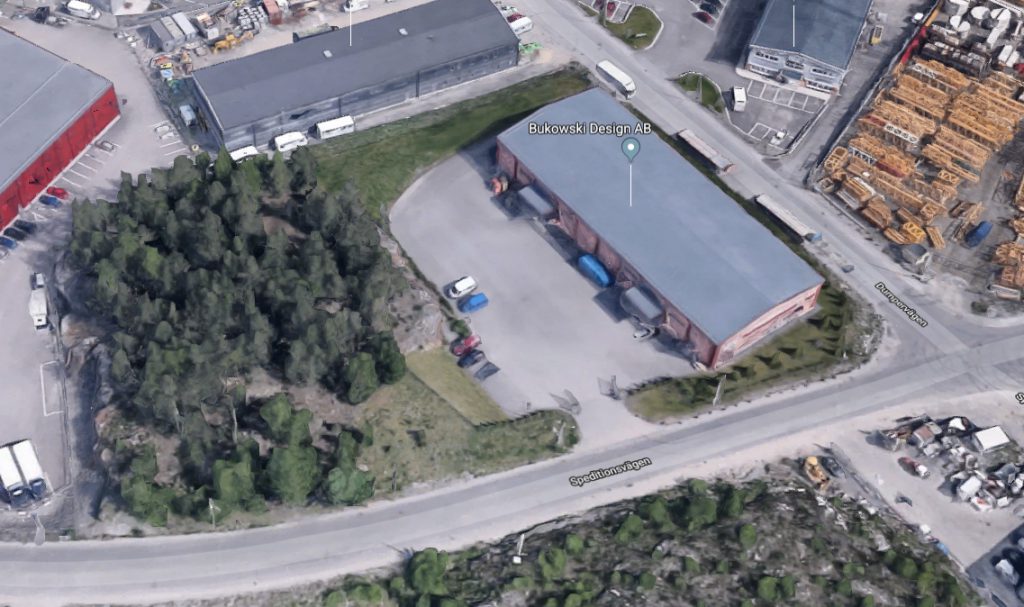 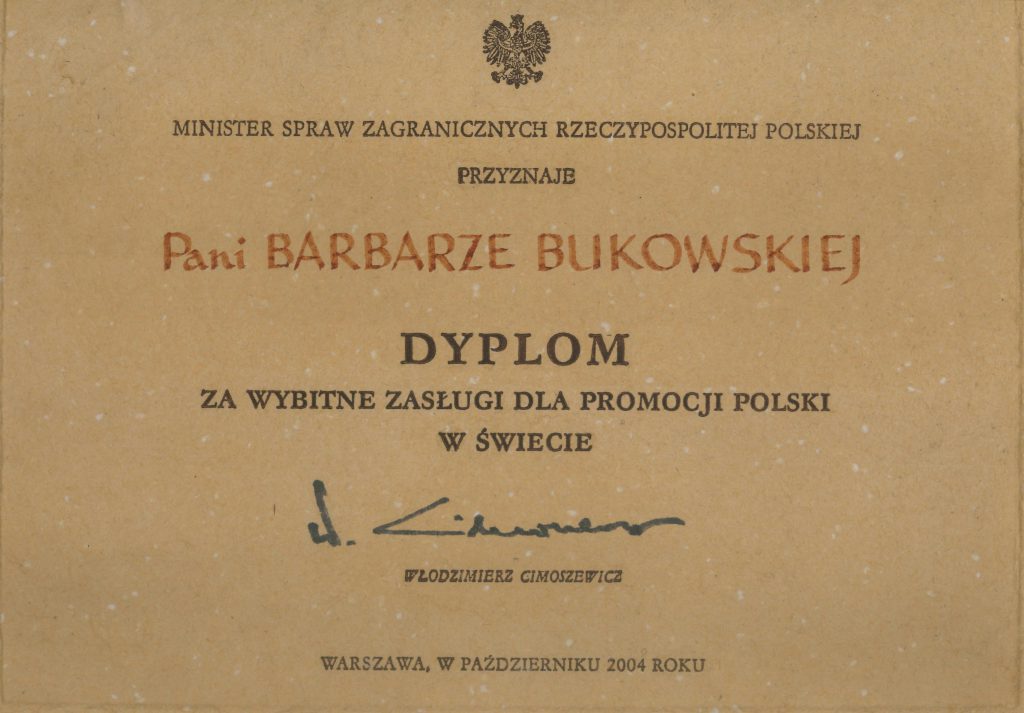 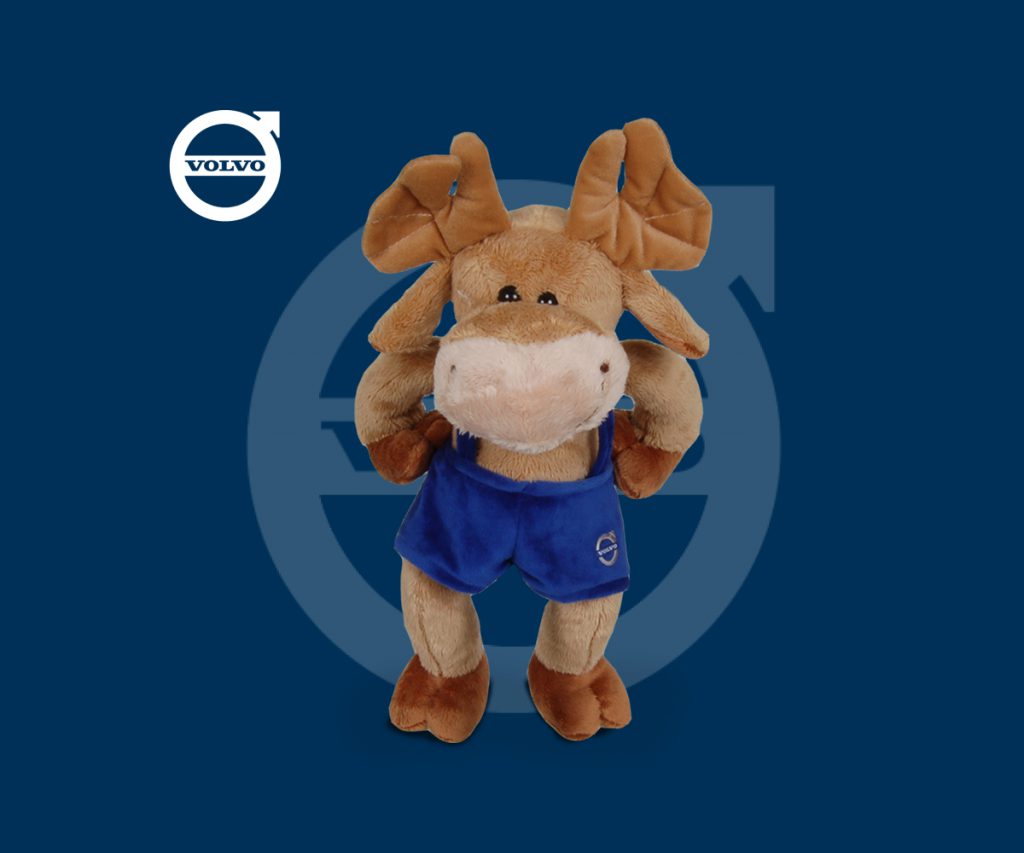 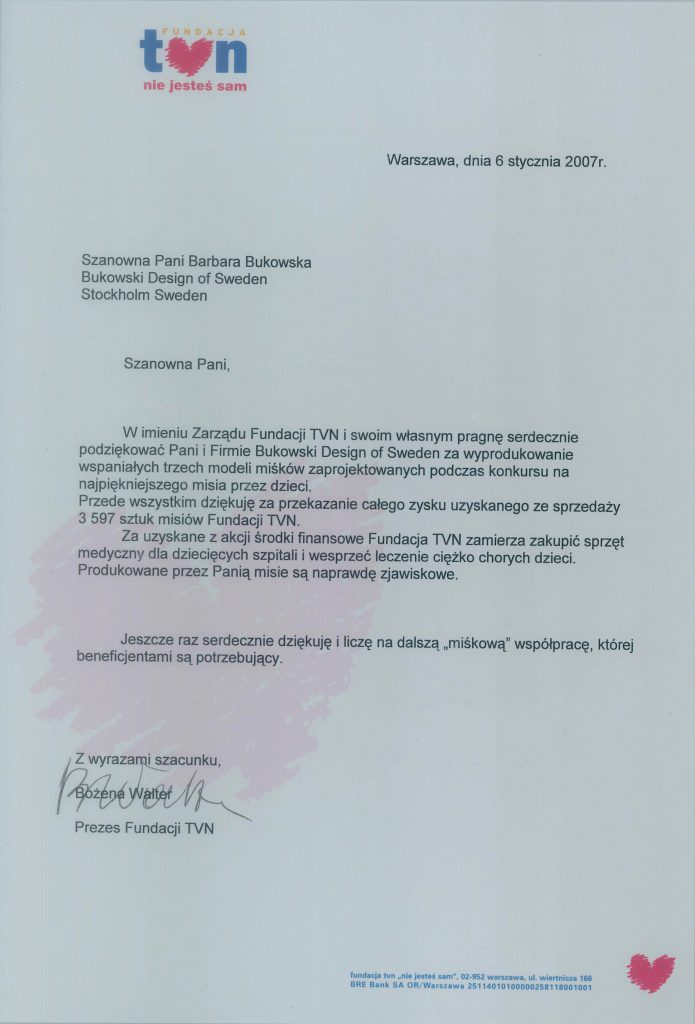 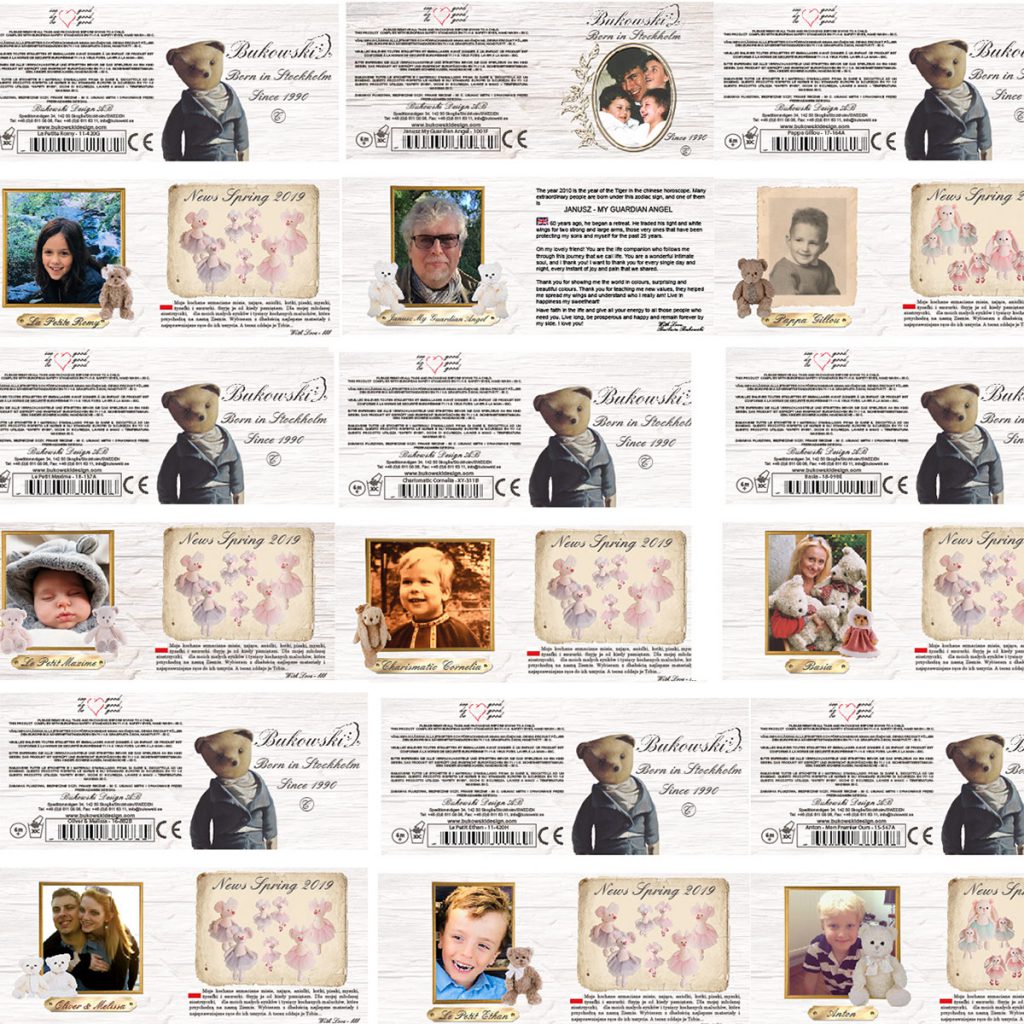 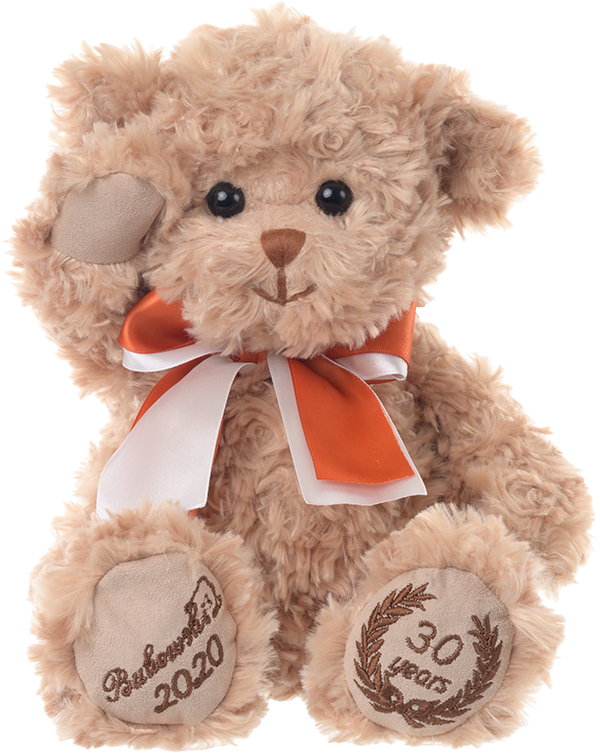 Barbara Makes Her First Rag-Dolls Together with Her Grandma

The year was 1957 and 12 years had passed since the second world war. Poland was rebuilding and the Communists ruled the country. Products were scarce but that didn’t let Barbara and her grandma Paulina stop them. Using old Polish rural traditions and methods, thought to her by her grandma, Barbara made her first-ever collection of rag-dolls. Even though nobody knew it then, these rag-dolls were harbingers of what was eventually to come.
“I will never forget my grandma, she inspired in me the thought and will to create, to make something out of nothing, to improve on what is already there. I have carried these lessons with me all my life in everything that I have ever done. They have carried me through the hardest of times and allowed me to always see the beauty in everything and the possibility in anything.” – Barbara Bukowski

Patrick is Born – The Eternally Longed for Son

The first dolls had been made and forgotten, Barbara had met her husband - the love of her life, Janusz Bukowski. They lived happily in a new place, a different place, a place where they had met, and their love had flourished. The winter snow was already melting, and Barbara was pregnant. After a long day of work preparing for her next big show, Barbara was at home reminiscing about her childhood while imagining and planning her soon-to-be-born baby's first years. While sitting there she suddenly remembered the voice of her beloved grandma instructing her on where to cut and where to sew. Once again she was that five-year-old girl in her grandma's loving and watchful company. In that place of bliss, she decided to do what she always did, to create. This time though it wasn’t a rag-doll, it wasn’t even a toy, it was the sense of security that her grandma had once laid upon her that she now wanted her firstborn baby to receive. After a few days, Kanini, as he later became known, was ready. Together with the Bukowskis’ and all their family and friends, Kanini waited for the moment when he would finally meet his new best friend.

Oliver is Born – The Constellation is Finally Complete

Two years after the arrival of Patrick once again the hour drew nearer. This time the routines were in place and the knowledge of what was about to happen likewise. Kanini was still larger than Patrick and Barbara was still singing. Lifted by life and the love for her son she would sing her heart out across theaters in Stockholm. This time though intuition was no longer a factor. Barbara’s experience as a parent together with her diploma in psychology had given her a deep understanding of the importance of love from the very first beginning of a child’s life. channeling all her energy, creativity, and love, she created her second-ever teddy bear, Misiulinek. To this day these treasures of emotion, symbols of devotion, and whispers of a lifelong feeling of security inspired by Barbara’s grandma are carried by her sons.

But why Stop There – Bukowski Design is Born

For a couple more years Barbara continued to do what she loved doing, what she had done all her life, and what had brought her to Sweden in the first place. Even though Barbara had left her life as an up-and-coming star in Poland she was not heartbroken. She wasn’t even sad as she had found something much better in her new home, her very own family, and more love than she could ever have bargained for. As life had moved on and changed so had Barbara’s priorities. She no longer longed for a life of fame or even the bohemian world, yet what drove her was still the same. Being a voice of love and inspiration in people’s hearts was the one thing that would always stay the same. Together with Janusz, they made the necessary arrangements and embarked on an adventure that would forever change their lives and the lives of countless people along the way. Bukowski Design is the result of this journey into life, into the known need of giving, and into the unknown.

It is interesting how cause and effect sometimes work. Guessing what effect your choices will bring is never easy. Pinpointing the cause of your situation on the other hand can sometimes leave a person full of moments to reflect upon. Some call it fortune, while others call it divinity and others yet claim it's random. The result of two seemingly separate lives, full of choices, lead Barbara and Janusz to their first shared professional success. In 1991 Bukowski Design was awarded the prestigious prize of “best booth” at the Formex trade fair in Stockholm. Measured in today’s terms, a memory to cherish. Measured in what was, a push towards the possibility of accomplishing oneself.

The Story Continues – Toy of the Year

A couple of years since the start of the company had now passed. Martin, Janusz’s firstborn had joined the company. The boys were growing bigger and time was always scarce, but somehow the Bukowskis’ were managing. Barbara was now, supported by Janusz, creating teddy bears for newborns and children alike on an everyday basis. Packing as much love as she could into every design, she would create little families of teddies. At first as a reflection of her own family, and gradually as portraits of other families in her life. Her love for what the teddy bears represented did not allow her to leave a single teddy bear sad and lonely without its own family. It wasn’t love of money, or grandeur that drove the married couple to work as they did, it was the feeling of creating something for their greatest admirers, their two sons. Something that was so well represented by the teddy bears that they made. The possibility to share this emotion with families across all the Nordic countries finally led to Bukowski Design receiving yet another award. In 1994 the Swedish magazine “Vi Föräldrar” pronounced the little Bukowski Design family “Rudolf’s Family” as the toy of the year.

With their newfound renown and confidence inducing confirmation, the married couple now strived to spread what they together represented, further than ever before. That amazing feeling of their loving attitude being, not only accepted but even cherished by like-minded people allowed them to find the strength to push boundaries like never before. Bukowski Design started appearing at trade fairs in Germany and Barbara would happily exhibit her huge world of tiny creations. Every one of them different, with its own soul and personality. Barbara would carry her whole life with her, all her friends, and most importantly her family in the form of those creations, introducing them to the world.

And it Doesn’t Stop There – Paris Next

Usually getting the ball rolling can be the hardest thing, and our story is no different. Before we continue, a reflection is in place. There are many situations in life that might seem difficult and leave a person without a sense of direction. Sometimes a helping hand, a kind word, or even a smile can get the ball rolling in the right direction. It is gestures like these that forever echo in the structures of the foundations which they helped create. What is beautiful about positivity is that it spreads, and the more hearts it touches the more hands carry its amazing hum forward. It is this orchestra of thousands of voices that in 2003 allowed Bukowski Design to enter the fairs in Paris and become a truly international organization.

The company had now outgrown its old home, and something needed to happen. What had once been so unimaginably spacious and gratifying, had now shrunk and become inhibiting. The old halls that had fostered and seen Bukowski Design grow were no longer nourishing its expansion, and so Janusz set out on a mission to find a new space for the teddy bears to call their home. Starting with a rocky hillside in the outskirts of Stockholm, Janusz now took the opportunity to create something that would forever change the course of the company. By molding the needs, the wills, and the energies of his surroundings together with his own logical approach Janusz forever changed the landscape surrounding Bukowski Design. During the year 2003 the warehouse, that to this day houses us, was planned and built.

Having the disposition of always improving and supporting your surroundings can take a person far in life. Even though Barbara and Janusz never mention such matters they are sometimes noticed and voiced by others. In 2004 The married couple was awarded medals of honor from the Polish government for their role in spreading the Polish culture abroad. This was a most wonderful and honoring happening for the two placing them in the humbling company of true heroes.

Over the years Bukowski Design has built a portfolio of teddy bears born from collaboration with other great companies. One such example is “Benny” which was produced for Volvo.

Being the established company, that Bukowski Design had now become, gave Barbara and Janusz the possibility to attract positivity from wonderful people at an ever-increasing pace. In 2007 some wonderful souls from a different branch took up eyes for this, now roaring symphony, and the “TVN – Nie Jestes Sam” foundation (https://fundacja.tvn.pl/) was born. A new ball, ever rolling, creating ripples along the way.

Over the years there have been many members of our family portrayed by Barbara. And every consecutive year some more join our ranks. Here are a select few from the last years representing all the ones that came before and after.

While we all know that 2020 was not in any circumstance an easy year. Many people were in one way or another affected by the Covid_19 pandemic, wildfires raged across the globe and the list of mishaps can be made long. We would however like to remind everyone to take in the good with the bad as a positive mind frame can keep a person going even in the toughest of times. With that said, even though 2020 separated us physically, it brought many of us together in other ways.

For us here at Bukowski Design, 2020 was a very special year. Exactly 30 years ago Bukowski Design started in a little apartment in southern Stockholm. The world was a different place. Neither Barbara nor Janusz could ever have imagined that exactly 30 years from that point, their dreams would have unfolded in such a manner. That what was once just a token of love would have grown into a business supporting so many people around the world.

Looking back over the past 30 years one thing is safe to say, namely, that just as with 2020, things are not always perfect, and they never will be. Sometimes we suffer, while other times we are on top. But having a positive state of mind, helping people around you, and not wasting time is a good place to start.

This website may not function properly on your web browser. For complete experience, please install a modern browser, like: Microsoft Edge or Google Chrome.